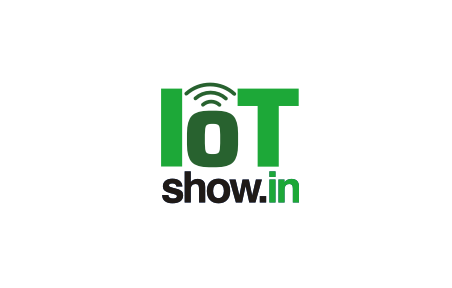 First of its kind to be won by an Indian Event

IoTShow.in recently won the People’s Choice Event of the Year” award at the 5th annual Internet of Things Awards conducted by Postscapes. It was recognised as the event that has had the greatest impact worldwide on the Internet of Things in 2015-16.

IoTShow.in which took place in January 2016 at the BIEC as part of The India Electronics Week 2016, saw over 200 speakers discussing ways to develop viable IoT solutions, guiding and driving the effort to make sure that IoT becomes a key part of modern business.

“This is a very proud moment for us as the organizers to win the award from India as a first. With rapid technological advancements and the increased dependency on technology in our daily lives, the Internet of Things concept has a very favorable future. Also, with the increased rate of proliferation of the network of wireless sensors and adoption of emerging technologies, Internet of Things has gained popularity across domains. In the background of this scenario, such events become very relevant bringingtogether the latest happening and knowledge to a platform where it can be shared, debated and built upon,” says Ramesh Chopra, executive chairman at EFY Group.
IOTshow.in was part of the Top Internet of Things Event of the year award,whichPeople’s Choice Winner and People’s Choice Runner-up as some of the options.

From DIY projects and pro-bono engagements to the Fortune 500, the IoT Awards embrace the diversity of the IoT landscape with the year’s best innovations and innovators.

The jury comprised a selection committee, determined by hosts, who chose the finalists. Choosing the IoT Editor’s Choice Award was based on the number of nominations/votes, quality of material, and current industry standards. People’s Choice Winners was voted upon by the general public (one vote per IP address).

The various sessions that followed focused on smarthomes/smartcities, smarthumans, smart industry and office and smart automation. There was at least one session in each track discussing taking a prototype to a complete product.

Experts from across the globe came together for four panel discussions that saw them debating it out on stage, giving the audience a very realistic view of the behind the scenes of a finished product.

The IoTShow.in conference is the first edition of EFY Group’s Internet of Things conference. It saw more than 200 speakers discussing ways to develop viable IoT solutions, guiding and driving efforts to make sure that the IoT becomes a key part of modern business.

The event is India’s first major exposition for all the stake-holders of Internet of Things ecosystem coming together.

For the first time, the show was held as part of India Electronics Week 2016, and was co-located with Electronics Rocks. IoTshow.in featured a B2B exposition and a conference connecting Industry Users of IoT, as well as those involved in development of IoT products and services. Various sessions held focused on smarthomes/smartcities, smart humans, smart industry and office and smart automation. There was at least one session in each track discussing taking a prototype to a complete product.

About the Internet of Things Awards
Showcasing excellence in all areas across the Internet of Things since 2011, the IoT Awards celebrate the richness of the emerging field and its practitioners. They present 20 categories of entry, providing developers and companies a unique opportunity to showcase the passion behind their efforts. From DIY projects and pro-bono engagements to the Fortune 500, they embrace the diversity of the IoT landscape with the year’s best innovations and innovators.