Home » Panasonic Awarded “Electronics Organisation of the Year” by EFY

Panasonic Awarded “Electronics Organisation of the Year” by EFY 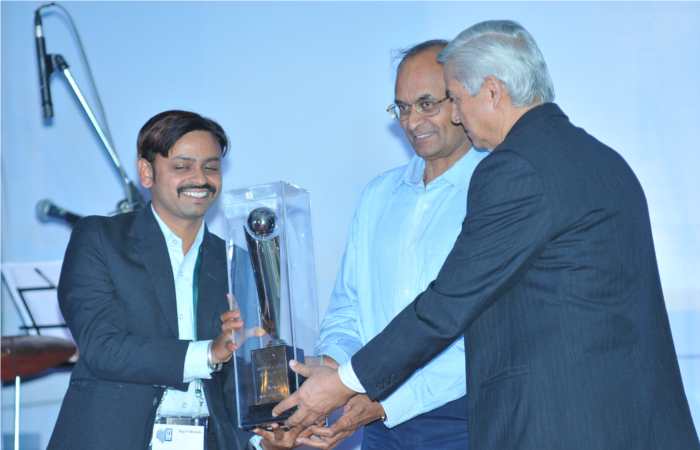 Panasonic Corporation is one of the largest electronic product manufacturers in the world, comprised of over 634 companies. It manufactures and markets a wide range of products under the Panasonic brand to enhance and enrich lifestyles all around the globe. The Panasonic brand name was created in 1955 and was first used as a brand for audio speakers. It is a combination of the words, “Pan”, and “Sonic”, sound and has a meaning of bringing sound the company creates to the world.

Thanking EFY for recognising the company’s efforts, T S Murthy, Senior Manager (services), Panasonic India, said, “It is a very happy and proud moment for us as an organisation, because we got this award from the readers of EFY, which makes it a very personal award.”

Panasonic makes available in India its wide range of consumer electronics and home appliances like LCD & Plasma TVs, DVD players, home theatre systems, cameras, camcorders, car audio systems, air conditioners, washing machines, refrigerators, microwave ovens, automatic cookers, vacuum cleaners and the like. The company has a workforce of about 12,650 in India and estimated to do a turnover of Rs. 10,000 crore in FY 2012. For more information on the company and the Panasonic brand in India, please visit https://panasonic.co.in.