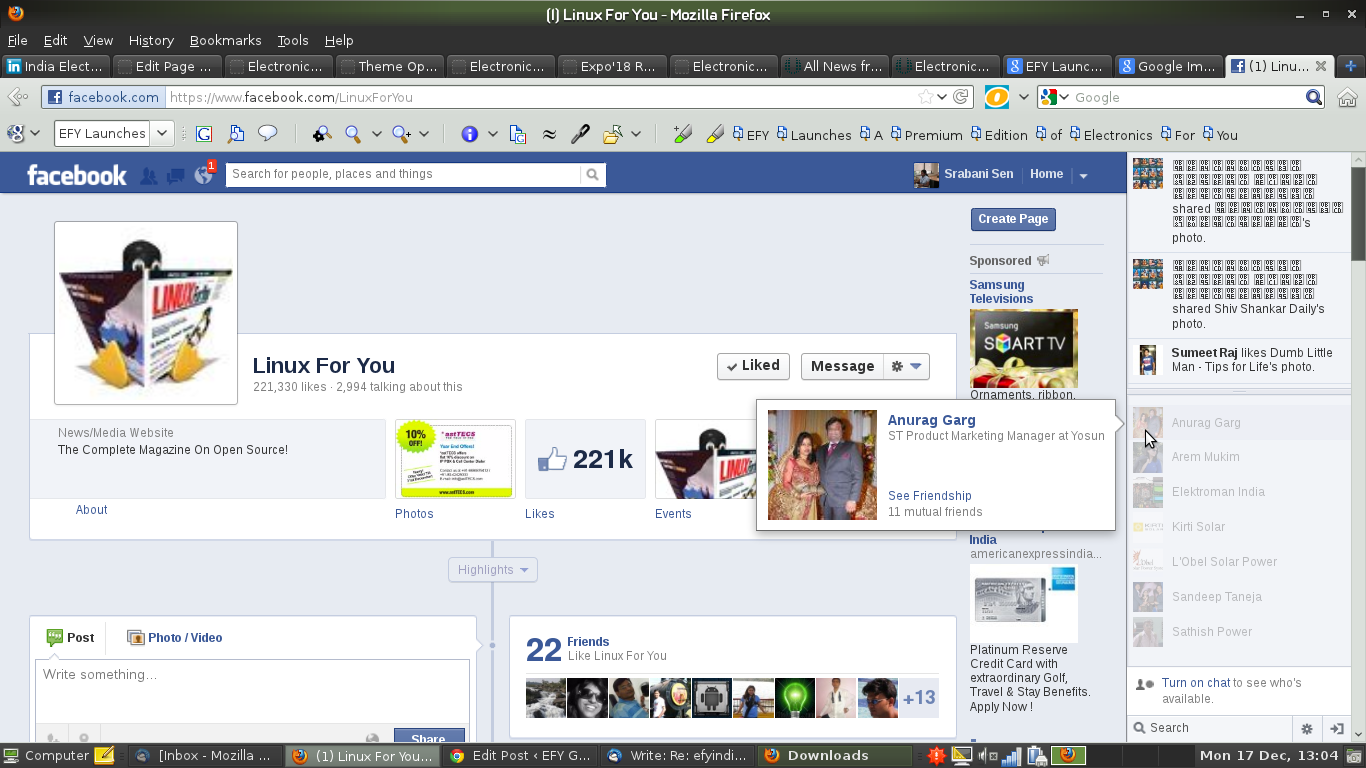 Linux For You, Asia’s first publication on Linux and open source software, has witnessed an overwhelming increase in its fan base on Facebook to over 2,00,000 followers, ever since its inception on 20 January 2009. In a short span of a few years, the magazine has achieved a major milestone as is visible in the statistics of its Facebook forum. Plus, the recently added ‘Timeline’ feature has only led to an increase in response, likes, participation and number of people talking about this from the community.

“We are overwhelmed by the response of the open source community to our Facebook initiative and are glad that this platform is being used by the global community to exchange information, tips and discuss key issues. We invite everyone who’s interested in open source to use this facility and keep the momentum growing,” says Ramesh Chopra , founder and vice chairman of the Electronics For You Group.

Hence, with its own example, Linux For You has proven the power of social media by reaching out actively to several FOSS lovers and enthusiasts, creating a bridge to connect with one another through this popular social networking platform. The magazine has justified its spirit of open source by building an ‘open’ neighbourhood. Each one shares and contributes at www.facebook.com/LinuxForYou, not just at the national but also at the international level, accelerating the adoption and creation of open source solutions. The community can only continue its winning streak, growing and expanding from here, transcending all borders.

Over the last four decades, the EFY Group has become synonymous with information on cutting-edge technology. Starting with its flagship publication, Electronics For You, which is South Asia’s most popular electronics magazine, the group now offers a bouquet of specialized publications like Linux For You, Facts For You and Electronics Bazaar and web portals such as electronicsforu.com, efytimes.com, bpotimes.com, linuxforu.com, electronicsb2b.com and eleb2b.com.

The group also publishes directories and books, and organizes several leading technology events. The EFY Group has offices in Bangalore, Chennai, Kolkata and Mumbai. Besides, it has representatives in Ahmedabad, Hyderabad and Pune. It also has distributors in the South East Asian countries. For more information, visit www.efy.in