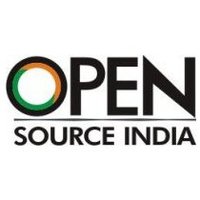 The 9th Edition of Open Source India (OSI), Asia’s Leading Open Source Convention, Will be Held in Bengaluru From October 12-14, 2012

For all the open source buffs, this is sure to send your spirits soaring. The 9th edition of Open Source India, Asia’s leading Open Source Convention, will be held at NIMHANS Convention Center, Bengaluru, from October 12-14, 2012. The open source conference is aimed at fostering and giving a fillip to the Open Source ecosystem in the subcontinent.

Started as Linux Asia in 2004, OSI has been at the helm of bringing together the Open Source industry and the community in the last 8 years. This year it aims to take this event a notch higher by focusing on the Open Source ecosystem in Asia, and more specifically, in India.

Sharing his insight on OSI 2012, Ramesh Chopra , Vice Chairman, EFY Enterprises Pvt. Ltd., said, “OSI 2012 is likely to be much bigger and better as compared to the previous editions. We want it to offer something for everyone, including software developers, IT managers and heads, CXOs, policy makers, system administrators, project managers, delivery experts, academia, government and the open source community.”

OSI 2012 will comprise various events, which will run in parallel on all three days of the show. The aim is to focus on different user segments of the open source arena and ensure that there is something for everyone.

The last edition of the show received overwhelming response from both industry and the community. OSI 2012 will be no less! Android will be one of the biggest attractions at OSI this year. Android is the newest and the most happening name in the open source world. Google’s open source operating system is gaining new heights not only the global market but is also catching big in the Indian market. While the speakers will touch upon topics like ‘Building Next Generation Applications for Android on Intel Architecture’, ‘Android Platform customization’, ‘Ruboto – Ruby on Android’ and ‘Mobile Application Testing’, experts will also provide workshop on ‘App Development for Android’.

A special track on Kernel called ‘Kernel Days’ will be another attraction point for the developers. Topics like ‘Debugging a Linux kernel & Application using Lauterbach’ will be covered by experts in this track. You will also get a fairly good knowledge in IT Infrastructure, Web Apps and Cloud. In fact, open source in cloud will form a major part of discussion at OSI. Talks on ‘OpenStack Cloud Services’, ‘Future of cloud’, and ‘How to choose the best cloud solution’ will be helpful for the CXOs to decide on the kind of technology they should opt for depending upon their needs.

OSI 2012 holds a lot for academia/students as well. Special tracks will be organised for this segment to tell them the importance of certifications and importance of open source in educational sector. For more information, visit https://www.osidays.com.

– To get an update on the latest in IT management

– Learn how to develop world-class applications

– Interact and network with the leading figures in the industry

– Find solutions for your technology problems.

The group also publishes directories and books, and organizes several leading technology events like Open Source India and EFYExpo. The EFY Group has offices in Bangalore, Chennai, Kolkata and Mumbai. Besides, it has representatives in Ahmedabad, Hyderabad and Pune. It also has distributors in the South East Asian countries. For more information, visit https://www.efyindia.com