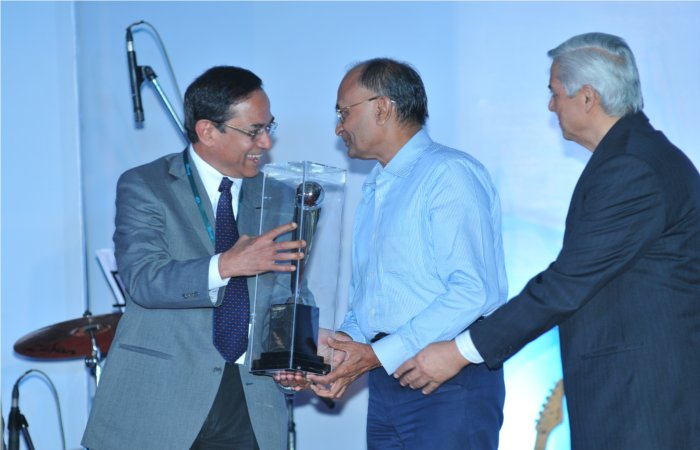 EFY Awards Were Presented Across 26 Product Categories to Brands; the Awards Also Featured Six Special Categories, Selected by a Jury of Four Members

Juki, one of the pioneer brands in the world of electronics, bagged the award in the ‘Pick & Place Machines (SMT)’ category. The other companies nominated in this category were SIPLACE, Assembleon, Fuji and Panasonic.

Juki pick and placers are medium-sized machines called “modular-type”. This type is characterized by the flexibility to re-arrange the manufacture line depending on the amounts of productions of customers. Until now, the mainstream has been the large-sized machines. However, they have a large amount of capital investment and it is difficult to re-arrange the manufacturing lines, and they can not correspond to the sudden changes in items and amount of production. The modular-type in which several medium-sized machines are connected can provide the best manufacturing lines required by customers with less amount of capital investment. Juki also manufactures flexible high speed machines that are supplied to quite a few players in the Indian market.

Thanking EFY for recognising the company’s contribution, N. Chandramohan, country head (SMT division), Juki said, “This is the second time consecutively we are winning the EFY award. Thanks to all the customers and the readers who have voted Juki and my staff who have been diligently working to ensure the customers are happy. I am also thankful to my headquarters who are making excellent quality machines for the Indian market. The event is good. In fact, year after year I feel there is an improvement in the way EFY conducts the function and the format. I think it’s improving.”

From our very first days in business, we at Juki Corporation have striven to create new values through “Monodzukuri” (the art of product-making) and the ongoing invention and evolution of technologies. Today, we are strongly advancing business reforms on every operational front, from development and manufacture to sales and marketing. Our goal is to thrive in the 21st century as a strong global enterprise.

Our driving concept is “Mind & Technology” (emotionally accessible technology). This is both our corporate slogan and “Customer Creed”.

We have always provided products and services from customer viewpoints in the conviction that we can learn from the customer and create new values with the customer.

Last but not least, we will respond flexibly to today’s rapid changes in markets and customer needs as an enterprise blessed with the unflagging support of customers all over the world. This is how we will remain an enterprise that’s trusted and needed by society.