Home » Have A Question Related To IT Infrastructure? Ask Experts At Open Source For You!

Have A Question Related To IT Infrastructure? Ask Experts At Open Source For You! 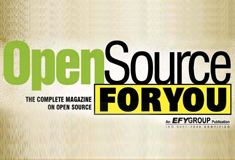 Here’s calling all the IT admins out there! If the ever changing technologies, and complexities of your network infrastructure and security hassle you, Open Source For You magazine is there to help. To help its audience of IT admins solve technological and technical issues, this ‘complete magazine on open source’ has initiated a regular column called ‘Ask Experts’.

Explaining about the column introduced from June issue of the magazine, Rahul Chopra, editor, Open Source For You, said, “Almost two decades since the Linux and open source movement started getting prominence, Open Source For You (formerly known as Linux For You) was one of the first to recognise the trend and launch a platform for professionals to get and share information about Open Source and Linux. With the open source movement getting a fillip across the globe, its deployment in varied verticals has increased, thus generating new and more complex challenges for System Admins/IT Managers. To address these challenges, we at OSFY announce the launch of “Ask Expert” section, dedicated to answering queries of IT managers/System Admins.”

So, if you have a question in mind, write to [email protected] and get a solution from the best in the business!

Open Source For You (OSFY,formerly known as Linux For You) is a complete magazine on open source published by the EFY group. Launched in January 2003, it is India’s first magazine on Linux and Open Source. Today, with a readership of 1,50,000, the magazine serves as an authentic resource for information about new technologies in the Open Source world. The magazine carries tech articles for system administrators, developers and loyal fans of open source.

Its print publications not only reach every nook and corner of India. Our mailing list has over 6,000 zip-codes but are also read by techies in South Asian countries, like Nepal, Pakistan, Bangladesh, Sri Lanka, Bhutan, and Afghanistan. The group is also amongst the few Indian publishers to have its publications distributed in Singapore and Malaysia.

Recently, the group launched digital editions of its publications to make them easily accessible to readers all across the globe. The group’s digital publications are now available in all popular platforms including iOS (Apple), Android, Kindle and e-zine (web browser). The group has also tied up with leading online distributors including Amazon, Scoop, PocketMags, Magcloud, Magzter, Pothi, Readwhere, Lulu, Xinxii, Rockstand, etc.

The events division of the group was strengthened with the launch of Electronics For You Expo in 2011. Now, the group boasts of a strong portfolio of events including EFY Readers’ Choice Awards, ELCINA-EFY Awards, Electronics Rocks, EFY Design Engineers’ Conference, and Open Source India.

The group’s passion for technology and its expertise in knowledge-sharing is now being channeled into building a strong hands-on training programme through the EFY Tech Center. The Tech Center is working with the industry and academia to create industry-ready engineers.

The group has set itself the target of empowering and helping 10 million techies across the globe by 2015, and it’s investing heavily in growing the online communities and increasing the number of readers of its digital publications to achieve the goal.