Exide bags an ‘EFY Award 2012’ for the ‘SMF Batteries’ Category 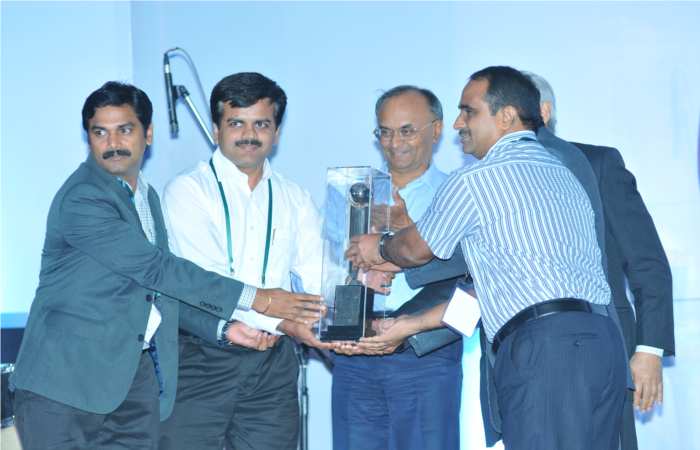 EFY Awards 2012, an appreciation and recognition for people and organisations for making a mark in the Indian electronics industry and contributing towards its growth, were announced on 15 March 2013 at Le Méridien, Bengaluru. The who’s who of the industry were present on the occasion to applaud the winners.

Exide Technologies, one of the pioneer brands in the world of electronics, won the EFY Readers’ Choice Award 2012 in SMF Batteries category. The other players competing in this category included Amaron, Luminous, Okaya and Su-Kam.

Exide Technologies has a rich history spanning more than 120 years in the battery business. Our strengths demonstrate Exide’s position as a forerunner of industrial advancement around the world. With countless contributions to the growth of technology, our story, reflects the spirit of innovation and resilience at its best.

Today, Exide serves the complex stored energy needs of customers around the world. They provide services and systems that enhance vehicle performance and fleet utilization as well as those that reduce risk of temporary interruptions of power supplies. Their global footprint melds together their two significant bases of experience in transportation and industrial markets and provides for better and faster means of introducing innovations in products and services. Exide is working to change the way the world uses and stores electrical energy.

Thanking EFY for honouring their efforts in the growth of the electronics industry in the country, RP Rao, chief operating manager, Exide, said, “We feel great and are delighted having won this award for 8 times consecutively. We can only thank the readers and the customers who have had the faith in Exide.”

Ever since its inception in 2004, EFY Readers’ Choice Awards, is eagerly awaited by the industry every year. The aim of EFY Awards has been to motivate, support and recognise outstanding brands, organisations and individuals who have acted as catalysts in furthering the growth story of the Indian electronics industry. The awards have evolved with time in response to the demands and suggestions received from the stakeholders of the Indian electronics ecosystem and our valuable readers.

“To keep up with the changes in the industry and the products churned out by it, the awards announced are reviewed every year and changed as per requirement. This year the EFY Awards Jury decided upon three new awards which are the Best Initiative by a Government Organisation, Certificate of Excellence 2012 for Emerging Organisation of the Year, and Certificate of Excellence 2012 for Government Organisation of the Year,” said Ramesh Chopra , founder and vice chairman, EFY Group.

Exide Technologies, with operations in more than 80 countries, has the products and services to meet the world’s stored energy needs in transportation and industrial markets. With more than 120 years in the battery business, Exide has the experience, advanced research and development capabilities, and knowledge to provide solutions to various stored energy requirements.