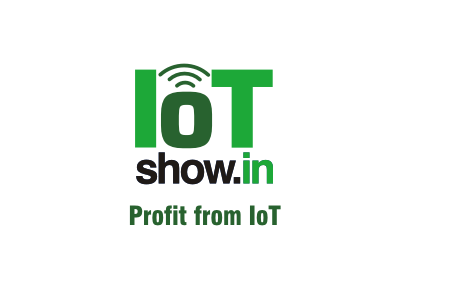 The EFY Group, India’s leading tech-media group, has announced the date and venue for the 3rd edition of their annual event, IoTshow.in, which has been also tagged as the world’s #1 IoT event by Postscapes. Having successfully conducted and witnessing overwhelming response in it’s first two editions (at BIEC, Bangalore), the next edition is slated to take place in KTPO, Whitefield, Bangalore. The dates finalized are 7th to 9th February, 2018.

Mr Ramesh Chopra, Executive Chairman, EFY Group said, “As has been the case in the past editions, we aspire to provide a perfect platform for an audience of technology people from SI’s, OEMs and end users of IoT to come and explore the latest innovations (on the exposition floor), listen to the IoT leaders from India and abroad (through our technology conferences) as well as get hands on experience in various IoT software and hardware platforms (through the exposition and workshops).”

While the overall theme of the event will stay as ‘Profit from IoT’, the event is all set to have a heavy focus on IoT in industrial, retail, healthcare and wearables, automotive as well as the ’cause célèbre’ of smart cities. Security in IoT as well as Artificial Intelligence (AI) and Virtual Reality (VR) will also be important topics of discussion– on the expo floor as well as the conference.

Adding to this, Mr Rahul Chopra, Editorial Director, EFY Group said, “IoTshow.in is a well planned bower of technology with the intent of enabling our technology experts from both the creators as well as adopters of technology to get access to latest technologies and best practices in the IoT space and consequently enable India to become a global leader in the IoT space. As has always been the case with EFY, we don’t just skim the surface, we dive deep into technology and in that context, and this platform is no different. In fact, that’s one of the major distinguishing factors of the event.”

The EFY group has also released the tentative agenda of the conference.

The tracks at IoTshow.in 2017 include:
Biz tracks:

Over the last four decades, the EFY Group has become synonymous with information on cutting-edge technology. Today, this renowned media group is spread across eight cities of India, and caters to over two million techies spread across the globe. While EFY Group has been organising events since 2004 when it launched LinuxAsia (now called Open Source India), its events division got fully established with the launch of Electronics For You Expo in 2011. Now, the group boasts of a strong portfolio of events including India Electronics Week (IEW) and Open Source India. Starting 2015, EFY has started organising many co-located events under the umbrella of India Electronics Week. In 2018, IEW will play host to four co-located shows including EFY Expo, IoTshow.in, LEDAsia.in and T&M India. For more details, visit our website: https://www.efy.in.