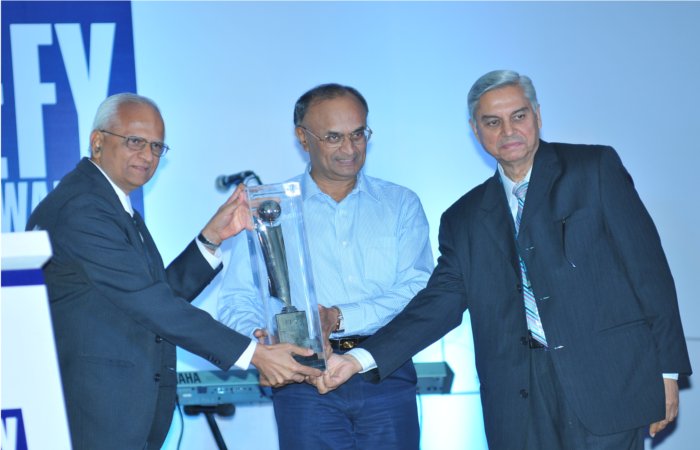 N Ramachandran, MD, MEL Systems & Services Pvt Ltd, is one such important person in the Indian electronics industry, who has been instrumental in building a strong turf for growth.

N Ramachandran is an electronics engineer from MIT, Chennai. He also has management qualifications from the Delhi University and the Indian Institute of Foreign Trade along with 36 years of experience. Ramachandran has also undergone Management Development Programs in Geneva (ITC) and Australia. He is associated with a number of trade bodies, including CII and ELCINA and has worked tirelessly to support industry development.

He has also served as the president of ELCINA in 1996, and afterwards as a part of the executive committee. During his role, he was active in gathering support in terms of removing the fiscal disadvantage suffered by the industry in terms of taxes and duties on inputs, providing protection to the industry like the auto components industry, etc. He was also involved in making suggestions to increase the manufacturing in India of high volume products like consumer electronics and telecom products, which were implemented at a later stage.

Thanking EFY for honouring his efforts, Ramachandran said, “It is a humble feeling to be recognised for an award like this after your career and especially at a time when I would be relinquishing my responsibilities for the younger generation. It feels nice that the industry and especially, EFY has recognised my work. I have had the time of my life working in the electronics industry. Seeing the world move from the days of the valves to the present day micro-electronics, it has been a journey of which I’ve enjoyed every moment.”

Apart from this, EFY Awards 2012 were presented across 26 product categories to brands voted by the readers of Electronics For You magazine and Electronics Bazaar. The awards also featured six special categories, selected by a jury of four members.

Ever since its inception in 2004, EFY Readers’ Choice Awards event, is eagerly awaited by the industry every year. The aim of EFY Awards has been to motivate, support and recognise outstanding brands, organisations and individuals who have furthered the growth story of the Indian electronics industry. The awards have evolved with time in response to the demands and suggestions received from the stakeholders of the Indian electronics ecosystem and our valuable readers.

“To keep up with the changes in the industry and the products churned out by it, the awards announced are reviewed every year and changed as per requirement. This year the EFY Awards Jury decided upon three new awards which are the Best Initiative by a Government Organisation, Certificate of Excellence 2012 for Emerging Organisation of the Year, and ‘Certificate of Excellence 2012 for Government Organisation of the Year’,” says Ramesh Chopra , founder and vice chairman, EFY Group.

Electronics Organisation of the Year: Panasonic

Best Initiative by a Government Organisation: Department of Electronics and Information Technology

Certificate of Excellence 2012 for Emerging Organisation of the Year: MyBox Technologies Pvt Ltd

Certificate of Excellence 2012 For Government Organisation of the Year: Centre for Development of Telematics, Government of India

EFY Readers’ Choice Awards were instituted in 2004 with 30 categories under which the Awards were presented of these 30 categories, 15 categories fell under core electronics, such as Oscilliscopes and Multimeters and 12 fell under consumer electronics, such as televisions and microwave ovens. Under the remaining three categories, special Awards like ‘Lifetime Achievement Award’, ‘Electronics Man Of the Year’ Award and ‘Electronics Organisation of the Year’ Award were presented. The function was held at the India Habitat Centre, New Delhi, and enjoyed tremendous media coverage.