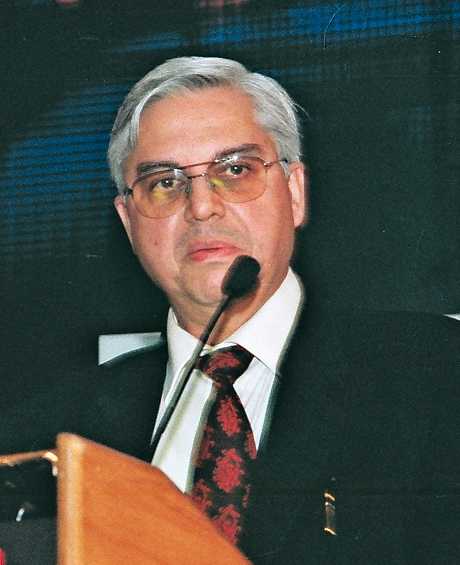 Recognising the contribution of Electronics For You (EFY) magazine in the Indian electronics industry, the All India Radio & Electronics Association (AIREA), Mumbai has honoured Ramesh Chopra , founder and publisher of EFY. The felicitation ceremony happened on the occasion of the 75th anniversary of AIREA.

Mitesh Mody , committee member, AIREA and founder of Bhavna Electronics, said, ” Ramesh Ji and his publications have made a commendable contribution in the growth of Indian electronics industry. His publications have been raising the issues of the industry for many years now and have become the voice of the industry. The publications act as a platform where industry can discuss initiatives and issues, apart from knowing the latest happenings across the globe. We congratulate him for all his efforts and will continue to look forward to great work coming from him.”

Speaking on the occasion, Ramesh Chopra said, “I am thankful to AIREA for the honour. AIREA is much older than EFY, the group which I represent, and of course even older than I am. I have been admiring AIREA ever since we started publishing Electronics For You magazine in 1969. So I can say that the association between EFY and AIREA is now more than 40 years old. Earlier, I was in touch with the northern region of AIREA, but ever since we opened office in Mumbai about 20 years ago, we have been enjoying regular support of the western region as well.”

“In the last few years, as we are all aware, India has done very well in the field of IT and in services sectors. But, unfortunately, we have lagged behind in electronics and IT hardware manufacture. However, time is now ripe to make amends and take up manufacturing also a bit more seriously. The government of India has, thankfully, announced some very important policy decisions recently – such as the National Electronics Policy 2012, the Preferential Market Access Policy, and the Electronics Manufacturing Cluster Policy. These, if implemented well, will not only create jobs in this sector but also help in reducing India’s imports bill. EFY is keen to see a complete eco system for a progressive electronics industry in India. We have therefore took another initiative in the form of Electronics For You Expo in 2011. The exhibition and the conferences associated with EFY Expo focus on Innovation, Design, Manufacture and Sourcing plus Distribution. The third edition of this expo is being held once again at Pragati Maidan in New Delhi, in February, from 21st to 23rd of the month. We shall, of course, require your active support and cooperation to make it a grand success as before,” he further added.

Over the last four decades, the EFY Group has become synonymous with information on cutting-edge technology. Today, this renowned media group is spread across eight cities of India, and caters to over two million techies spread across the globe. Its print publications not only reach every nook and corner of India – our mailing list has over 6,000 zip-codes – but are also read by techies in South Asian countries, like Nepal, Pakistan, Bangladesh, Sri Lanka, Bhutan, and Afghanistan. The Group is also amongst the few Indian publishers to have its publications distributed in Singapore and Malaysia. The online communities of the Group provide tech content to readers from all across the globe. The Group’s online portfolio includes some global leaders, such as: www.Electronicsforu.com, www.Linuxforu.com, www.EFYTimes.com, www.Electronicsb2b.com and www.Eleb2b.com. Plus, the Group manages three social media (Facebook) communities, which are global leaders in their respective domains. These include: www.facebook.com/designelectronics, www.facebook.com/linuxforyou and www.facebook.com/tablets.in.

Recently, the Group launched digital editions of its publications to make them easily accessible to readers all across the globe. The Group’s digital publications are now available in all popular platforms including iOS (Apple), Android, Kindle and e-zine (web browser). The Group has also tied up with leading online distributors including Amazon, Scoop, PocketMags, Zinio, Magzter, etc. The events division of the Group was strengthened with the launch of Electronics For You Expo in 2011. Now, the group boasts of a strong portfolio of events including EFY Readers’ Choice Awards, ELCINA-EFY Awards, Electronics Rocks, EFY Design Engineers’ Conference, and Open Source India. The Group’s passion for technology and its expertise in knowledge-sharing is now being channeled into building a strong hands-on training programme through the EFY Tech Center. The Tech Center is working with the industry and academia to create industry-ready engineers. The Group has set itself the target of empowering and helping 10 million techies, across the globe, by 2015, and it’s investing heavily on growing the online communities and increasing the number of readers of its digital publications to achieve the goal.

This association started functioning in the year 1936, at Bombay and was named as “All India Radio & Merchants Association”, in short AIRMA. The primary objective of forming the association was to bring the fraternity of all ‘Radio dealers’ together and to safeguard its members’ business interest thorough collective efforts and address their common problems. In April 1941, the Association was registered as non-profit entity under Indian Companies act. In 1949, it was felt that the Association needs to expand its services to the Trade and Industry. Four autonomous zones were constituted at Bombay, Calcutta, Delhi and Madras, and a sub-office at Delhi, with a combined membership of about 2300 members.

With changes in the trade scenario, newer ‘Electronic devices’ began to appear and radios were becoming less popular. The Electronic Industry with large number of manufacturing units began to appear. To represent the true nature of activities of Association, it was re-christened as “All India Radio & Electronics Association” in the year 1970. With all India status, the association was recognized both at the centre and state levels. With dedicated group of members in all zones, the association represented the problems of Trade and Industry to the concerned authorities for their redressal. It has met with great success in suggesting policy decision by the Government for development of Electronics. The foresight and efforts of all veterans of Association, deserves tremendous praise. They have been instrumental in growth of Trade and Industry in the country.